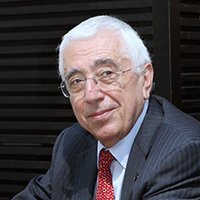 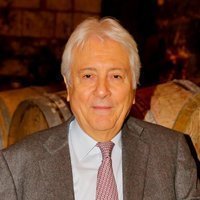 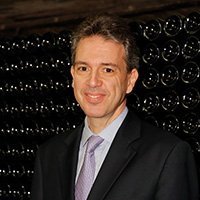 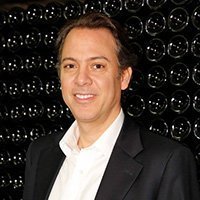 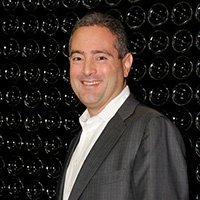 In 1930, at just 20 years old, Gaston Hochar founded Chateau Musar, inspired by Lebanon’s 6,000-year winemaking tradition and his travels in Bordeaux. His ‘wines with noblesse’ greatly impressed senior officers in the army following on from the French mandate of the 1920s. Major Ronald Barton, of Château Langoa-Barton, stationed in Lebanon during World War II became a great friend, strengthening the links between Chateau Musar and Bordeaux that remain to this day.
Serge Hochar, Gaston’s eldest son trained as a civil engineer, then decided to study oenology and with the encouragement of his father became a student of Emile Peynaud at the University of Oenology in Bordeaux. Having declared to his father “I want to make the wine my way, I want it to be known world-wide – and I want you to quit!” he became Chateau Musar winemaker in 1959, Gaston senior having graciously given way. He then spent 18 years perfecting the formula for Chateau Musar’s Red and was chosen as Decanter Magazine’s first ‘Man of the Year’ in 1984 for his dedication to producing superb quality wines during Lebanon’s Civil War (1975-1990). Serge had two sons: Gaston and Marc. Both have studied engineering and worked in the banking sector. Gaston now manages the day-to-day running of the Chateau Musar winery, Marc its commercial aspects.
“My brother looked after the liquid, I look after the liquidity.” Like his brother Serge, Ronald Hochar was encouraged to participate at Musar from an early age: both grew up washing bottles and working at the winery before pursuing their separate paths within the business. Ronald would work 7am-5pm in Ghazir then work in the evenings at the Musar shop in Beirut. “We were paid 5 Lebanese pounds a day” says Ronald “I learned everything about selling from my father.” Having studied law, Ronald’s good-humoured contributions on the commercial and logistical fronts (against huge odds he kept Musar’s trucks running during the war) remain vital to the business. Ronald’s son Ralph worked with the on-trade sector in the United Kingdom until early 2017 and is now focusing on South East Asia from Chateau Musar’s UK office and his daughter Elsa produced a documentary film about Chateau Musar.